It’s difficult to believe that 2016 is almost over! I feel as if the year was swift, yet when I look back, it’s hard to believe how much happened!

Let’s start with something that will begin in early 2017. My patron for 2016, randomly chosen through the Saint Name Generator, turned out to be significant. It was St. Ignatius of Loyola. I have been a fan of the Examen and Ignatian discernment for a number of years. It turns out that one of his patronages also became important in my life. He’s the patron of educators and education. This year, I really felt the Lord nudging me to go back to school. After an interesting journey, I was accepted to the program of my choice! I will be starting as a part-time grad student for an M.A. in Counseling, as of January!

The year started out rough. Within the first week of the year I was ill. There was a high

amount of drama at my workplace. It was a struggle. Through it all, I learned to lean on Christ even more. Reading the Scriptures & knowing my Creator through this became more important to me than ever before.

My city had a lot of victories. In June, I went to the parade celebrating our basketball team winning the NBA title! It was really a great celebration and a show of unity for a city that has had many setbacks and much division. The next month we hosted the Republican National Convention-and the candidate won the presidential election! Months later, the baseball team went to the World Series (though we did not win). In God’s eyes, this city is not “The Mistake on the Lake.” He is at work in this city.

I moved in with a roommate. Financially, this was a great decision. Even moreso, it is a

blessing to have a companion on the journey & who is also seeking God. She gets the journey. Not long after moving to the new place, a seeming “super-mouse” pushed me over the edge to adopt a cat. Though he did nothing to help with the mouse, he’s brought much laughter. (And praise God–the mouse (mice?) are gone. May they never return to our home.)

For the second year in a row, one of my reflections was published in a book! This time, it was a book written by my very own roomie! It’s a raw reflection about a relationship breaking up, but I pray it ministers to someone who may be in a similar situation.

I visited Africa, finally! It’s difficult to put into words how much this experience affected me and the joys it brought. I am so thankful for the miraculous way God brought it about. The whole trip and all His movements on the trip, too, were truly miraculous! I will be forever grateful.

Truly, this was a year of beauty. Thank You, Heavenly Father. I look forward to 2017 and whatever adventures may lie ahead.

Happy New Year’s to all my readers! May our Heavenly Father bless, direct, and strengthen you in all your ways.

“Brothers, I do not consider myself to have embraced it yet. But this one thing I do: Forgetting what lies behind and straining forward to what lies ahead.”~Philippians 3:13 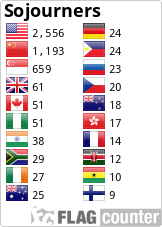